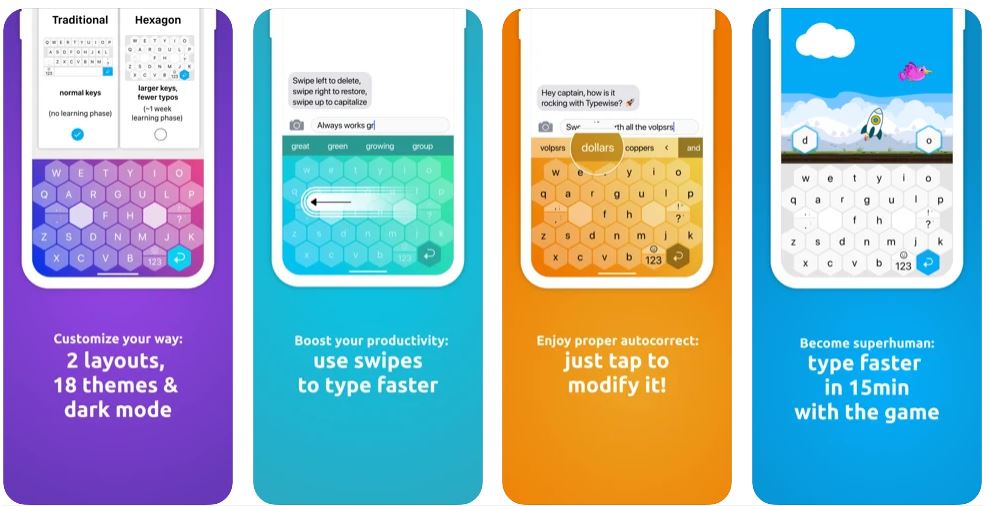 Typewise’sgreatest feature is multiple language support and the developer has a ton of add-ons for various languages “In Switzerland, people speak four languages.Also in the US, there are a lot of people who also speak Spanish or Portuguese it’s simply a pain to switch keyboards. Our goal is to unify at least the main Western languages (English, Spanish/Portuguese, French, German) into one layout, without having any disadvantages for the English-only typers.”

There’s certainly no shortage of choice for alternative keyboards on Android or iOS,perhaps because no one alternative has been so successful as to kill off all the others when compared to Typewise.

Get more with Typewise PRO

– Type in different dialects without exchanging

-Turn on key vibration and set the ideal power

Supported devices
Typewise is optimized for smartphones with Android 6 (Marshmallow), 7 (Nougat), 8 (Oreo), 9 (Pie), and 10. Typewise is also a keyboard for iPhone