A review of the Ozone play-iPhone app

The Ozoneplay app is free to download from the ozoneplay website. It’s in the games category. It was last updated in 4th January 2017, has a small size of 42mb and uses English in all its games. It was developed by Ozoneplay limited.

It’s an application which allows the player to play games, compete in tournaments and other game modes and eventually win cash prizes.

A player has to register by logging in using his/her Facebook or google account into the ozoneplay website. It can be downloaded from that website and installed in the iPhone. Once installed the player can start playing for free as often as he/she likes. $5 is automatically deposited into the player’s account. This is for the player to give the cash competitions a try and later on win a lot of cash prizes.

There are many games that can be selected to be played. They include Candy quash, Basketball jam, Xriss Xross, Color swap, Jelly box jump, Bubble Have and desert dash. Games are also added every week. When the player feels ready and confident enough to compete, they can select ‘win cash’ option on the screen. Then select the kind of game the wish to compete with other friends. All the cash the player wins is deposited in his/her ozoneplay account.

There is a leaderboard which shows all the players rank in terms of cash/points earned, here, there are many players and many winners too. If the player wins and would like to brag about it, he/she is able to share his/her result with friends on other social media apps such as Facebook, twitter, google, LinkedIn, skype and YouTube. The social media platforms also allow the player to view which new games have been added.

The player is also able to manage his/her account by seeing the sent invitations, received invitations, games results, all transactions in the competition and all the amounts he/she has won.

Pros of ozoneplay app include the ability to play all the games free, winning of cash prizes, entering cash competitions, addition of games every week, ability of players to host own competitions and no ads and pop-ups to disturb the players while competing.

Some of its cons are; the app is not recommended for people under the age of 17 years and involves infrequent gambling.

In conclusion, this is one of the few apps that allows players to conveniently enjoy the game while win cash prizes simultaneously. It’s definitely a must-have app in every iPhone if you always relish competitions. 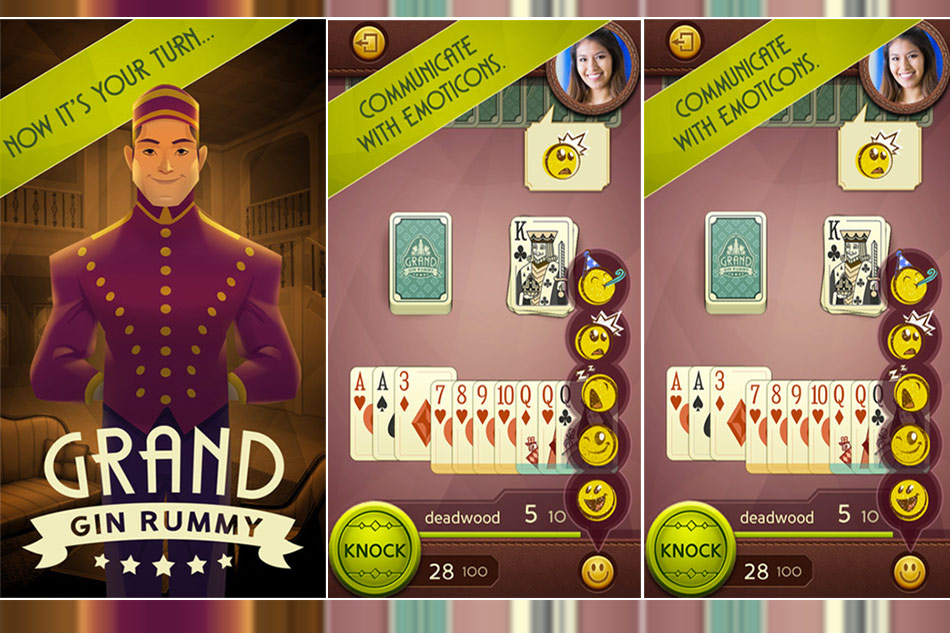 Acquiring or installing an app that allows you to play a game, which makes you challenged is the best feeling that you can ever hope to have. You have been probably looking for an app that is user-friendly and allows you to get a feeling of what it is like to travel in time and play classic American games that especially involved cards. Games that involve cards normally require high skills and experience to defeat an opponent. The player has to master accuracy, speed, and concentration to be a worthy player. Grand Gin Rummy app is an application that offers you a chance to prove, harness and improve your skills in playing cards. This app provides you with an opportunity to play in the five-star hotel atmosphere of the 1920s with real people. The environment provides a perfect ground where the players can relaxingly play their games with ease.

The app has friendly features that ensure that you understand the game easily and compete favorably. To make it easier for starters to play the game, the app has a practice mode to teach the player basic techniques of the game. As a beginner, you do not have to struggle to orientate yourself since it is not hard to follow through the various techniques. Once you acquaint yourself with the game through the practice mode, you proceed to the other three modes namely, classic, Oklahoma, and quick modes.

Another feature that makes this app impeccable is its ability to make the game more engaging. Grand Gin Rummy game allows you to invite friends through social media such as Facebook.   The bonus given daily for the winners ensure that there is continuous rewarding of efforts of best players and stimulates them to play even more.

Being able to play anywhere at any time is an advantage that Grand Gin Rummy has maximized. You can play this game both online and offline. You do not have to have internet access irrespective of your geographical location. However, you need the internet to upgrade the game. Other features that make this app friendly is the presence of a community of enthusiastic players and beautifully designed graphics. The atmosphere created by the hotel and the beautiful cards make the game amazing.

• The graphics make the game classic

• The game is convenient since the player can play it online and offline.

• The game is challenging for starters

• When not updated, its performance reduces