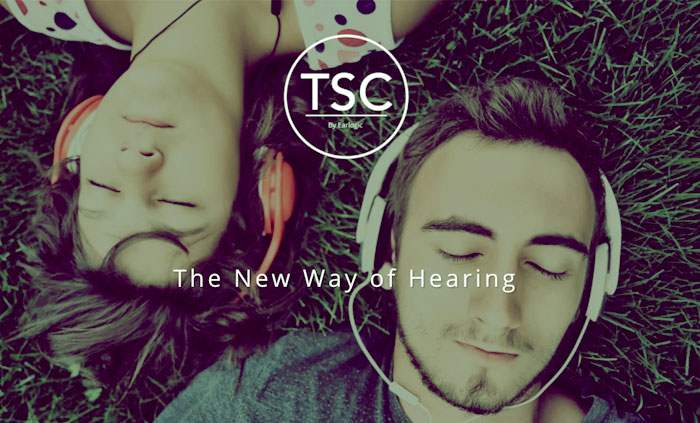 A new addition to the app store, the arrival of TSC music could be ground-breaking. An app created by Earlogic Corporation, it has taken the app market by storm, and is compatible for various different languages such as English, Japanese, Portuguese and Spanish to name a few.

In a recent report by the World Health Organisation (WHO), over one billion young adults suffer from a risk of hearing loss, and for that reason Earlogic have created the free app to provide the optimal, and safest listening experience. Extremely well researched technology has led to the creation of the TSC app. It creates a way to play your music but different than ever before. The designers have created a way to allow both the left and right ear to hear in perfect pitch. Due to the fact that each ear has a unique hearing based on equalisation and balance, this is a highly unique app that has never been attempted before. With the TSC app you never need to worry about your hearing becoming compromised, either in the near, or long time future.

The app records various sets of data, which allows the listener to see the decibel level with a interactive graphical chart. This will also show the best and worst levels for each particular ear. The app can also be integrated with Youtube and Soundcloud, allowing you to use the app with billions of videos and musical items from across the internet.

The highly educated and professional team at Earlogic Corporation led by Sam Kwak and Ji H. Won have included a number of features that will include advanced hearing testing, customized sound algorithms, hearing capacity enhancement, hearing loss prevention and hearing condition monitoring. In an age where more and more people live with earphones in their ears the majority of the day, this design is not only fun, it is also imperative for our health. In a study by over 100,000 desktop users, the app was approved by the University of Stanford. This has given the app a sense of legitimacy in the technical world.

So how does the app work? Once the user has downloaded the application, the user is requested to perform a hearing test in a multitude of differing frequencies. The app will save the customised hearing data, which allows the perfect setting for equalisation, balance, bass and other musical tones. Frequency is perhaps the most important factor to be monitored, as when a person ages, they lose the ability to hear certain frequencies, a fact that can be dangerous. The app will also alert you to dangerous levels and optimum volumes for each ear.

· Ability to use with billions of musical items, due to its compatibility with various music platforms

· Tried and tested by an Ivy League University board.

· Multiple adds appear on the app

· Not available on Android systems

· Not compatible with all music platforms

There can be no doubt of the apps usefulness. It is not only useful but will help millions, if not billions of people hear better and safer. While there are ways of improving the app, for example making it compatible with android devices, the creators have made a tech gem.