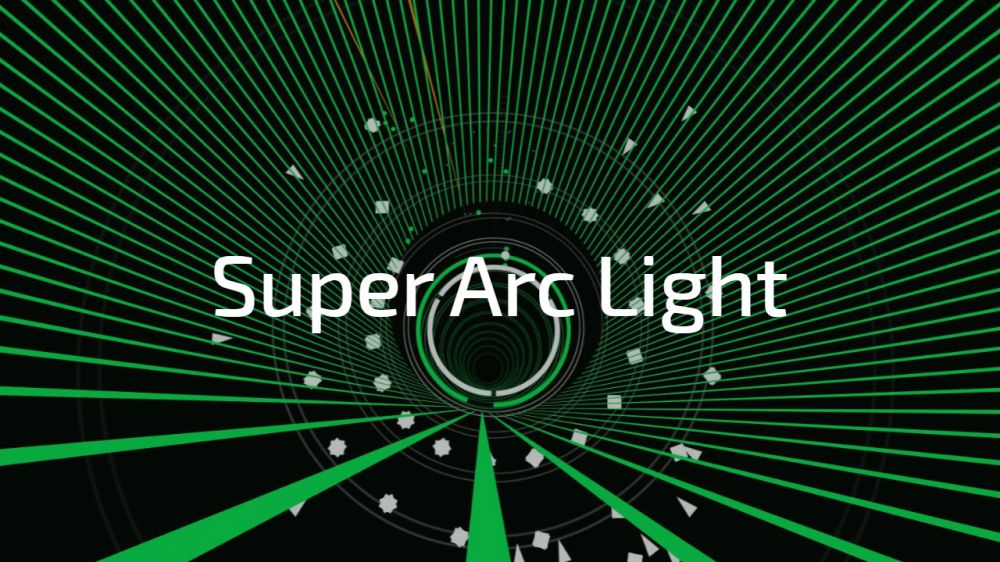 Super Arc Light for iPhone by Channel 4 is a fast-paced twitch reflex shooter game which will test your skills.  The game is fun, addictive, and definitely players will be coming back to time and time again. If users are fan of twitch reflex shooters, then this won’t disappoint global users.

The visuals in Super Arc Light are minimalistic. If users have played challenging twitch reflex games like Orbitum and Pivvot, then you will like what Super Arc Light has to provide.

It simply features nothing more than basic geometric shapes. The game has a minimal splash of color though, which players could view in the inner circle, as well as the shots that your ship fires. The players could see pitch black background all the time, and your ship, enemies, and the circles are all in white, which nicely contrasts well with the dark background.

Super Arc Light has quirky EDM soundtrack in the background that accurately fits with fast-paced nature of the game. It has only one game mode in Super Arc Light, which is an endless survival-type mode that progressively tests how long you can last.

Like many other popular twitch reflex games, it is a high score chaser, so even though it’s just one game mode, the players still be coming back over in order to beat their previous best high score. The vital goal though, is to have your ship defend the base from an infinite onslaught of enemy waves. Though it sounds easy enough, things get trickier due to the control scheme.

The ship will move along the base circle naturally so global players don’t have to worry about that. But when enemies approach you, and then it is challenging time to shoot them down. For attacking the users need to tap on the screen to fire one shot, or hold your finger down to keep firing.

It is noted that the enemy ships will turn red when they are about to strike your base, so eventually final visual warning is helpful. The moment when the enemy gets past your defenses and into the base, the run ends, and your respective score is calculated by how many enemies users managed to shoot before they get actually through.