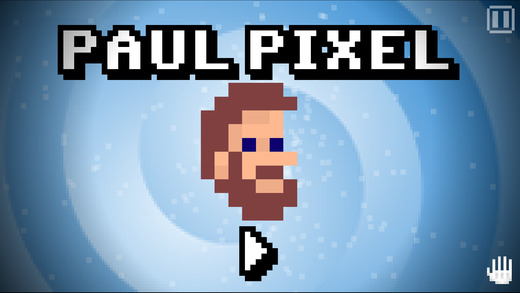 Paul Pixel for iPhone app game has wholly proven to be superlative game that is professionally designed to give the users best experience ever. This is actually meant to bring satisfaction to the user. Eventually it is a good indication that this app is worth recommended for the users.

Paul Pixel for iPhone by Xoron GmbH is a classic point-and-click adventure game that takes place in a post-apocalyptic world. It is the period when alien zombies have taken over. If you like playing point-and-click genre and acquire zombie apocalypse action, then Paul Pixel is the good selection for you.

An ordinary individual is forced to defend the earth from an alien invasion of harmful zombies. The game is all about point-and-click adventure with attractive pixel art of bombastic retro sound. In terms of visuals, Paul Pixel is gorgeous and pays homage to the retro pixelated games. The app is perfectly done up in hand-crafted pixel art. The game’s soundtrack is delightful, serving as a best tribute to classics.

The game starts out with a cutscene and it sets up the plot for the game. The players would view a giant alien spaceship flying over the towering skyscrapers of a metropolitan city, emitting beeps. The players soon discover that the ships don’t just bring aliens, but they unleash brain-eating zombies on to the Earth, offering chaos and destruction. Then users search Paul Pixel in his home, just relaxing, until he turns on the TV and virtually discovers that he’s living in a place which is now completely under quarantine.

The key objective would be in getting out of the city and then it’s up to Paul Pixel himself to save the earth. The controls in the game are traditional point-and-click techniques of older games. It has been professionally optimized for touch screens. To get Paul to move, the players could simply tap on where you like him to go to. Paul Pixel has several amount of puzzles that users have to solve before they could advance in the game.