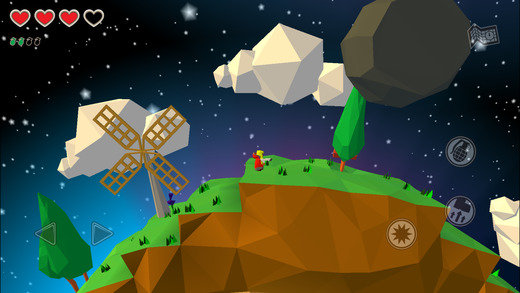 The visuals in Momoka are gorgeous and anyone who likes retro-styled games will experience amazing features here. The world is circular, meaning players actively travel through what seem like mazes that go really deep into the earth. For adding more fun the game has a whimsical soundtrack that is delightful to the ears as you play and sound effects are good.

As compared to other adventure games, there are no set levels or stages since the game is about active exploration and progress. The players must take control of Momoka, who sets out on a journey across Haruto to figure out why the sun is dying, and how to fix it in effective manner. At the start of play, the users will not be doing much besides jumping and collecting keys to advance through the story, but once players get their gun cell, things begin to get more amazing.

Momoka generally begins out with two hearts, which are shown in the top left, and picking up smaller heart pieces would refill her health. Once users attain the gun cell item in the game, then players will be able to use their gun by gentle tapping the attack button, which would be close by to the jump button.

Other action buttons would be available to users as they make their way through the game, and they are always be found in the bottom right section of the screen. With a big galaxy out there, the users are bound to come across baddies to get rid of. You could also possible to collect “Frozen Stars” which could be traded for qualitative items in the shops, and there are several upgrades available to make Momoka enjoyable.