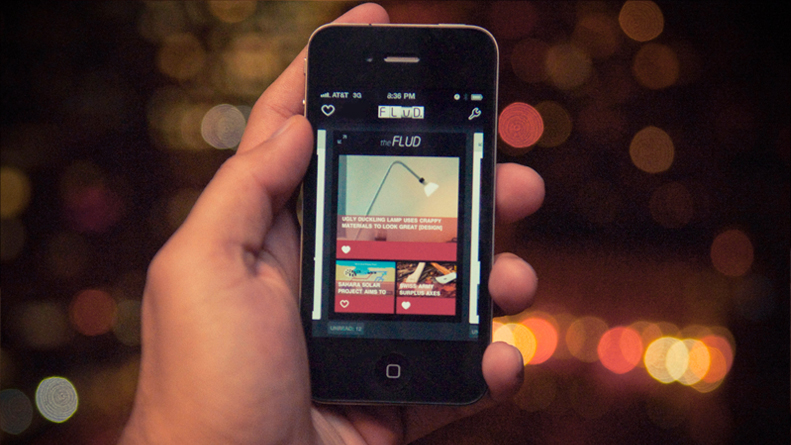 Flud for iPhone by Appsolute Games LLC is popular puzzle game that is all about flooding screen with gorgeous color. It’s one of those games that would make international users think before they make their active move, and nice option to consider when you like to kick back and relax with puzzler.

They are one of those puzzlers that get users entertained. Flud has a super minimalistic aesthetic that certainly appeal global fans. This game includes bright and vivid solid colors mixed in with respective hues of white gray. It qualitatively features geometric shapes and the level layouts comprise squares to form grids. The animations in Flud are super smooth and fluid.

Like other familiar puzzle games it is also level-based. Currently the users could play through four different chapters which include 18 puzzles to solve, so there are almost 72 stages in total. The key objective of the game is to flood all of the cells with color before users moving on to the next stage.

Though passionate users could play any of the six stages on the level page in any order and actively skip ahead by returning to previous level if they stuck. Since there are no timers or points to earn the game provide players a limited amount of moves and resources, which is tricky and challenging to play.

The controls in Flud are simple enough for anyone to understand. To start the “flow” of the color stream, the players can just swipe from a starting cell, preferably at the end. The flow would continue forward until they hits dead end. The players will be introduced to cells with arrows that could change the direction of the flow.

It is illustrated that each level would only give you certain amount of “floods” and arrows. If players make a mistake, they could just tap on the undo button to go back one step. Moreover there are no time limits or points to worry about in Flud, so players could play the game at their own pace.