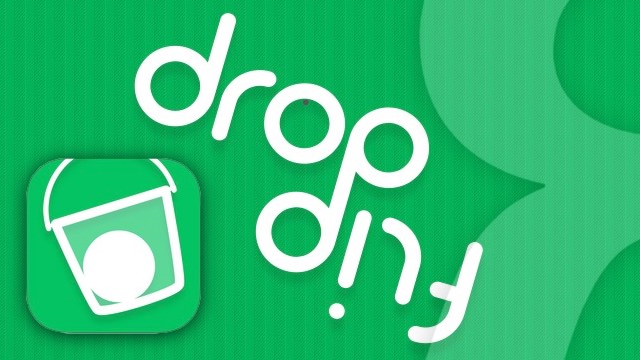 Drop Flip for iOS by BorderLeap, LLC is a physics-based puzzle game that is interesting and simple. If you’re a passionate fan of modern puzzle games then you could immensely check out Drop Flip.

The graphics in Drop Flip for iOS are simple and clean, which would appeal to any fans of minimalistic art styles out there. This interesting game features bright, solid colors in the background, which is also sports a subtle texture to it. The puzzles comprise of white objects that are just basic geometric shapes like circles, triangles, squares, lines, and more.

Due to the white objects being on top of a clearly colored backdrop, the contrast is easy to tell everything apart. The added shadow effect give good hint that allows you know how far an object could be actively moved around.

Drop Flip of iOS has 100 levels where users would have to go through in a linear fashion. The game does not split them up into chapters, so it’s just one long chapter, so to enumerate. Moreover there are also no stars to earn points to rack up. The game is just about solving the interesting puzzle and moving on to the next one.

The important goal is as easy as they come: get the ball into the bucket. Since the game is physics-based, it’s not as simple as it sounds, but everything could be solved through experimentation and trial-and-error. As you get further levels along, though, the puzzles do get more complex and tricky, so users require gather all the power in your thinking cap to solve them.

It is revealed that the ball is sitting on top of a small gate in each level of game. The bucket is somewhere on the screen, and there would be obstacles that stand between your ball and the bucket. In order to open the gate, just quickly tap on the ball and watch it fall. Altogether this game is so interesting and worth playing it.