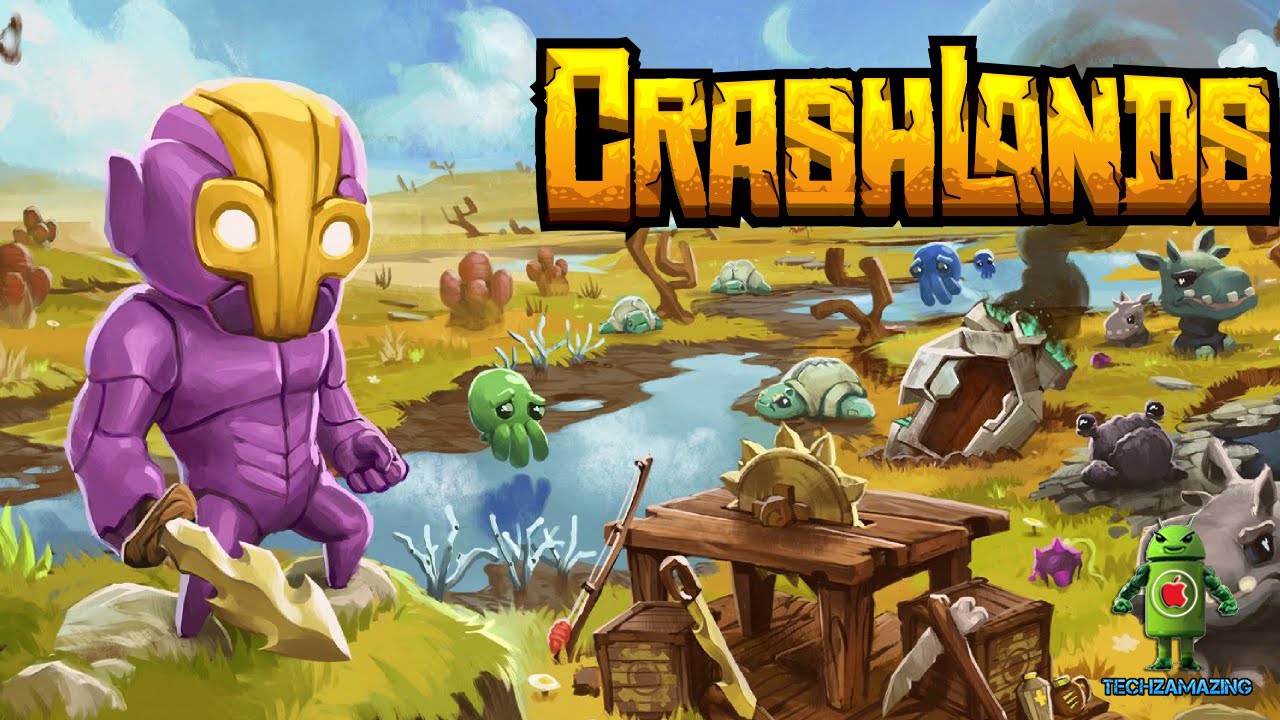 Crashlands for iPhone by popular Butterscotch Shenanigans, LLC is a crafting RPG that is loaded with lot of surprise. If players enjoyed games like Minecraft Pocket Edition then they are in for absolute treat with Crashlands.

We all know that crafting games have risen to massive popularity in the past few years, which we would actually credit mostly to the eminent success of Minecraft.  The characters in Crashlands including the protagonist of course are wholly rendered with natural movement animations. You could find many environments colorful, lush, and rich in resources.

The users could view the time in the bottom right corner, and the respective dynamic lighting of the game changes depending on what the current time is. The animations in the game are fluid with atmospheric soundtrack exhibiting charming aspect.

Like other special crafting games, the users are going to have to build a workstation for each type of material that players could gather such as wood, skin and bones, rocks, and more. As users discover materials, there are new items would be available in that workstation that they could actively craft, and there are several schematics in the game.

When players do not begin out with a weapon, they will eventually get one by means of crafting. This means that players have to avoid those strange life forms in the beginning of the game, since they would attack if players are within range.

The battle system is simple and straightforward. To attack something, the users could just tap it, and players would engage immediately, or users could wait until a monster spots you instead. There are huge creatures which have the chance to drop eggs, could hatch in specific incubators that players can craft. Once if they hatch the eggs, users officially have a new pet, and they could follow you around to assist in battle.