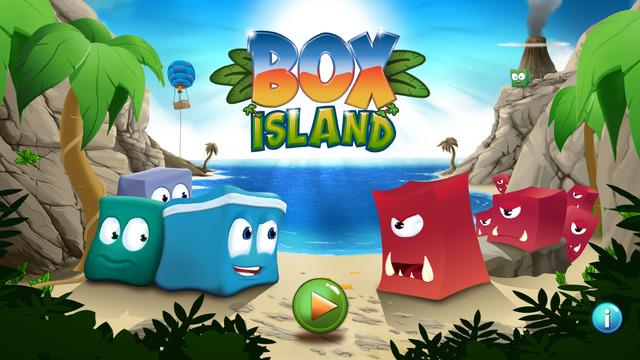 For benefit of global users the popular app called Box Island for iOS  was introduced. This iOS game promises to teach young kids the fundamentals of coding. Two years in the making it was recently released with many interesting aspects.

By taking control of this new iOS game described as a “charismatic cube-like sidekick,” the users are tasked with solving various puzzles set in a bespoke 3D world that need application of basic algorithms, pattern recognition, sequences, loops and conditionals.

The entire game, of which the first 10 levels are free to play, follows Hiri’s story-driven journey, which Box Island’s developers who all came to coding late in their lives, claim keeps kids highly motivated and engaged while playing this game.

If your first experience with coding isn’t entertaining from the get-go, there isn’t going to be any learning. This reputed game app was professionally developed by Radiant Games. Box Island is about enumerating that amazing interest. It’s an exciting beginning, and hope that future coding geniuses look back on Box Island as how they cherish their successful start. Interestingly, the focused goal is to get kids to be driven to learn more about computer science.

Box Island has been perfectly designed to be gender neutral and that closing the gender gap is vital part of Radiant Games’ mission. Moreover, the game has valid support for 20 languages, so it is global thinking right out of the gate.

Some of the beneficial features are friendly characters, colorful and bright 3D game universe with entertaining story which make the experience a joy for both boys and girls. Box Island was tested with hundreds of kids in different countries and certainly could say that it is truly gender neutral. This familiar app of Box Island for iOS game has really impressed lot of active users around the global market.