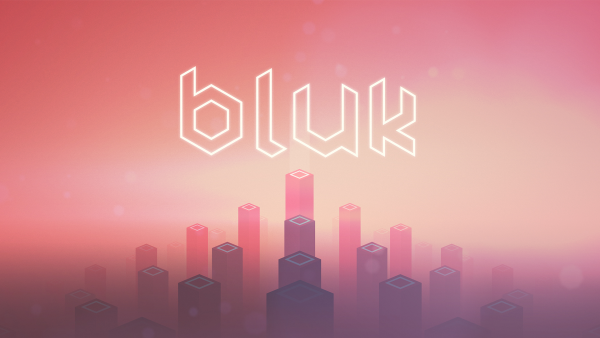 Bluk for iPhone by Pixel Ape Studios is a popular physics-based platformer game where players could simply control a single block with magical abilities. If users are fan of skill-based games, then Bluk is one that they must check out.

Bluk game has nice abstract and isometric visuals that have a minimalistic aesthetic to grab attention. The game features simplistic architectural structures within a soft, pastel-colored world that does turn dark at some points, and its great visual treat for the eyes. The availability of 3-D rendering is sensational, with the foreground in sharp contrast to the objects in the far distance, and players would certainly love the colors that they select to represent the world of Bluk.

The animations are smooth with ambient soundtrack that actually help to soothe your soul as you strongly focus on the game itself. Altogether, it is great visual and audio package that would certainly delight everyone. The controls in Bluk are easy enough for everyone to understand. The game play is distinctive and the difficulty slowly increases at a gradual pace.

In this game of Bluk, the users control a block that has special abilities, and could search them on a journey to uncover a darkness which is disrupting the eternal harmony of the realm. There are several worlds in Bluk that you can traverse through one-by-one. The transitions between worlds are done seamlessly, as they would notice by the change in pillar color, and the background color shifts over.

Once players reach a new world, they would be able to start from that point on a new run, rather than beginning from the first world each time. The new areas that players uncover would introduce their own peculiar obstacles that they have to overcome, so the difficulty of the game is kept fresh. Eventually this popular game is wholly appreciated from all corners of users.