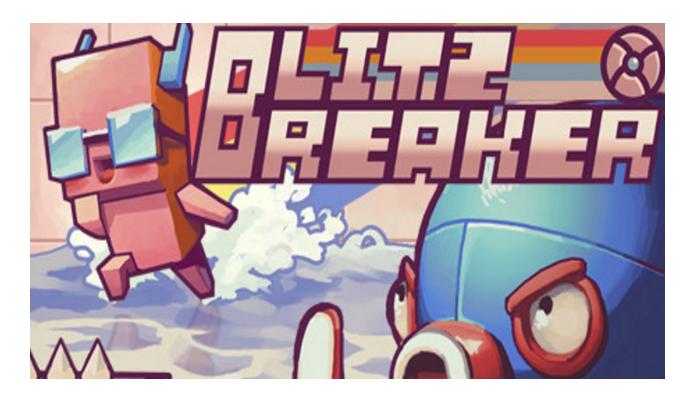 Blitz Breaker for iOS by Reece Kelly is a twitch reflex platformer about a robot trying to escape the factory that they were actually built in. If you like fun and accessible games with some retro pixel art then Blitz Breaker is one that is worthy of your quality attention.

In terms of relevant visuals, anyone who grew up in the ‘80s would applaud the amazing pixel art style. The game looks and feels like absolute blast from the past.  The animations in Blitz Breaker are qualitatively smooth and fluid. The story of Blitz Breaker is simple: Blitz is a robot who is trying to escape out of the factory that he was built in.

Generally it’s simpler said than done to accomplish this task, since everything in the factory is trying to break you, but you have the assistance of Chip, the computer helper who is entirely your friend. Blitz can’t run, so he could only jump and do air dashes.

Blitz Breaker aptly features two game modes namely as Story and Arcade. The Story mode allows players go through each area and corresponding levels of 101 totals. The users need not have to worry about a high score and just earning a star if you could get perfect performance, though just reaching the end portal without dying is also enough. In case if you die, you just have to try again there’s no set amount of lives, so users could take their time unless you really want the star.

Arcade Mode is more of a test to view how many stages you could obtain through as fast as you can with a set amount of lives. It is possible to begin with three, but you can find extra lives or earn them by generally collecting enough coins. The areas and levels in both modes are the same. It is always nice idea to get through the Story Mode first before Arcade, since it could serve as practice for your speed runs. Blitz Breaker includes four challenging boss battles that users have to conquer.