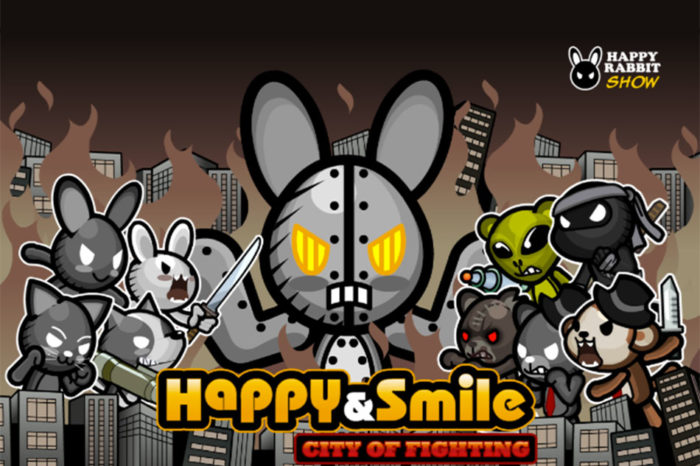 Gaming is something more interesting in someone life could it a kid, teen or even an older person. It makes someone to be relax, relief you from your stress and create enjoyment while playing. This made the HappyRabbitShow to come with one of gaming application called Happy and Smile game city. It is one of the interesting game which is going to be released later in 2017. It is one of the anticipated gaming app which has create a lot of zeal by the players for its release due to its unique feature it has.

Its unique features of the game are; using the card system, minimal time in defeating the enemies, your position can strategized and finally the game cannot use any internet as well as wifi in order to finish the game.

The fact that the game is using the card system is unique on itself. This is because you can build you card system by collecting your cards as you play with your enemies. Once it has reached the required amount or you’re piled enough cards your profile information is upgraded from armature to a professional player. This comes as a results of playing the game frequently and getting used to it.

Building the card system cannot be done if your enemies are not defeated. One thing about this game is that defeating your enemies requires just a minimal time as four to five minutes. Once the enemies are defeated, other enemies are keeping coming but it easier to defeat them, therefore building your profile easier than any game.

Strategizing the position is also another thing. The position around the game can also make you win or lose the game. Since you can hide and defend yourself from the enemies constant fighting.

A lot of game require internet and Wi-Fi in order to play. One thing which is more interesting about the app is that it does not require any of these. Once installed, the application is ready to be played from anywhere, anyplace and during your convenient time as long you connect to the charging system.

All of the uniqueness of the game makes the game to be anticipated by all the players who wants to play the game and also the company which requires the users to acquire them and give more feedback on how interesting the game is and also to have a positive mind to continue developing more top notch gaming application which it can make their customers more happy and enjoy their product.

The animation quality of the game is more fun and also enjoyable to the users and makes them addicted to their screen playing the game. No matter what gender you are, the age group you belong and what language you talk this game fits you. Be the look out to acquire the game and experience it.