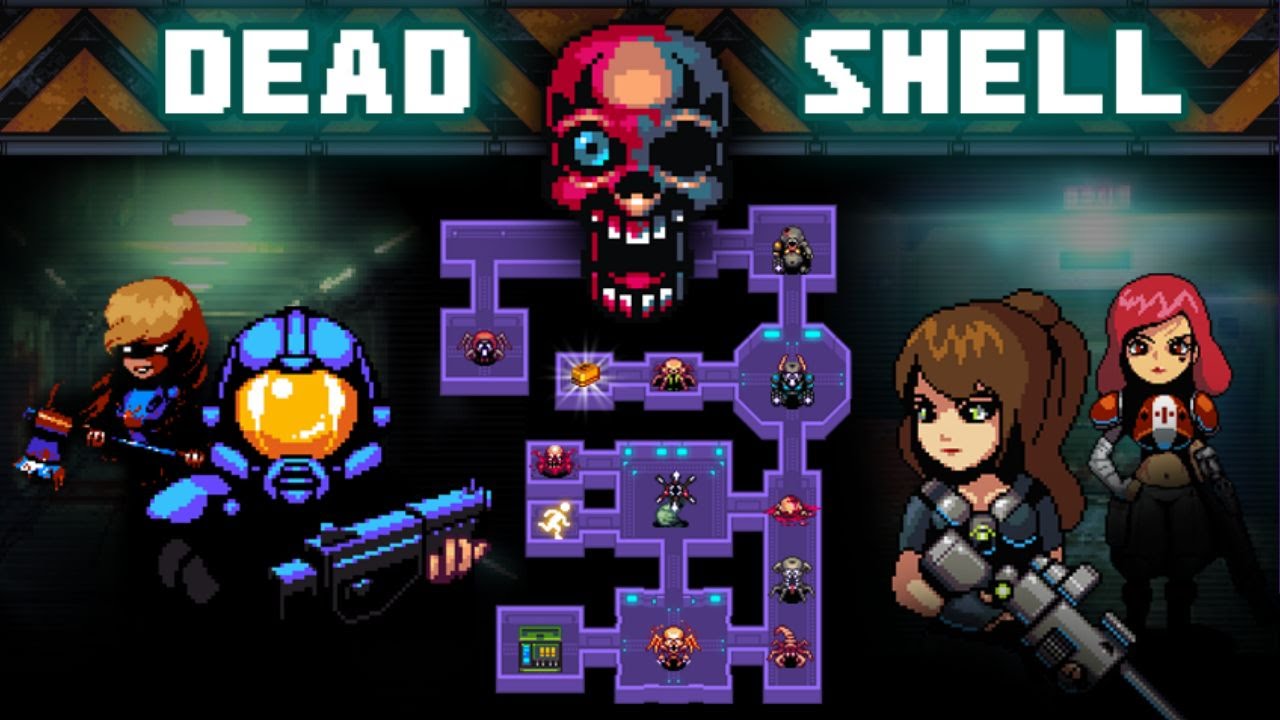 Dead Shell for iOS by HeroCraft Ltd. is a challenging labyrinth dungeon crawler that would keep global users busy for a long time thanks to random wise generated dungeons. If people enjoy dark sci-fi themes and like a challenging RPG with some rogue like elements, then it is best to try Dead Shell.

All of the interesting character models used in the game to be highly detailed and distinctive enough from each other that user could simply tell what everything is. The animations are fairly smooth and fluid, and there is a captivating, atmospheric soundtrack with chip tune sound effects.

Dead Shell primarily features a post-apocalyptic environment that becomes the battlegrounds of a group of assault mercenaries and hellish beasts. The important objective is to assist in getting the mercenaries to Plutonia, which is a human settlement on a Doom–4 class planet.

Before you begin a level, the game would always offer you a random location to navigate, and there’s a slot system to determine the enemies that you’ll be facing off against. The random rolling is part of the fun, sometimes it means enemies that are too hard for your present level, so there is an option to re-roll for 10 credits, which are found in plenty as you play. The controls in Dead Shell are simple enough for anyone to pick up.

During the combat sequences, you would see the enemies illustrated in bars of the top part of the screen, while you can also see your character’s avatar, health, and weapon in the bottom portion. In order to attack a foe, just tap on their bar each time you attack, they would be able to assail you too. The Icons on enemy bars also enumerate what they’re capable of as well.

To keep things even more interesting, the game has quests for you to complete, respectively as Kill 20 monsters, which ultimately rewards upon completion. If someone master at games they could easily get through this in a few hours. For users it’s an enjoyable way to relax if you like unique games.