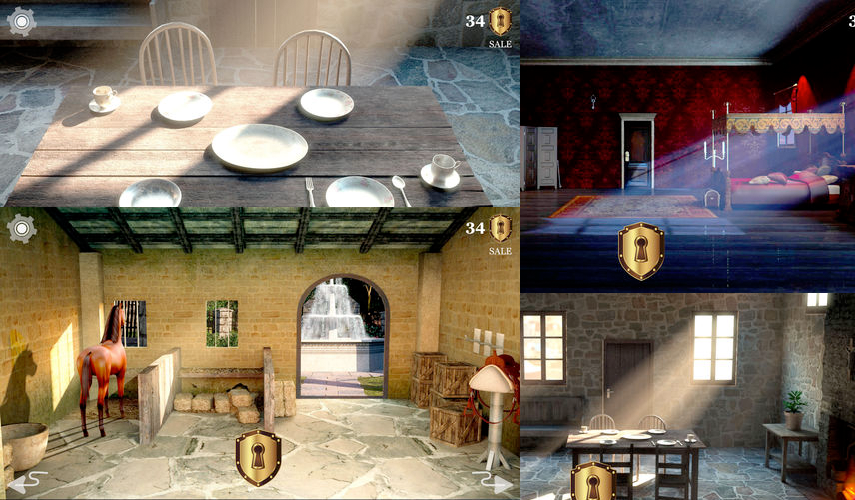 Nowadays, escape room games are gaining so much popularity in the real life but, to experience that fun and entertainment in a virtual setting will be a blast. Isn’t it? You might have played those kind of puzzles in your childhood life but today you’ll be familiar with an escape room game which is unique in style as well as theme. However, it offers the same type of experience, but the difference is that you don’t need to move yourself from one place to another. Actually, you need to find the things placed in different rooms which will be shown on your mobile’s screen and solve the puzzles to escape the room.

This online game which is called Castle Breakout has been developed by the Cloudburst Room Escape, LLC and updated on 08 September, 2017 with a few improvements. You can play this app on your device which can be either iPhone, iPad and iPod touch having iOS 9.0 or any later versions of the Operating System. This app also works with the Apple TV. Castle Breakout has set the highest new standard for the room escape genre this year.

To begin with Castle Breakout, you need to download the app and install it to your device. If you have played room escape puzzles earlier than you’ll not find any problem in playing this virtual game also. The rules and the objective of the game is very simple to understand. You know that some forge steel, other do battle with swords, but here you’ve to act as a security expert whose main task is to make sure that the castle is safe.

There are so many rooms and the Throne Room is just awesome of all those rooms. Your mission is to escape through the locked rooms by solving tricky puzzles with swords, spears, potions, pots, crowns, and more. The levels are interconnected so that the players will now find objects in rooms that will not be used until later levels. You’ve to find the right clues and hints in order to solve those puzzles if you want to escape out of the rooms. The objects are in front of you, but you have to identify them and then locate. The game seems to be very easy in the beginning, but as you move further it becomes more challenging and difficult.

The app offers high level graphics and engaging puzzles which gives your brain an exercise. The sound effects of the game are real. As this is a medieval retro art style puzzle game so it’s unique from all other puzzle games. It gives you a natural experience because you can almost feel the surface of each object when you click on them.

So I would say that Castle Breakout is a game which is easy to begin but hard to put down. It’s a game that should have in your ‘how to escape’ game collection!

The app is available for free on the App Store. However, there are some levels which you can unlock by paying a little penny.

So go for it and enjoy this magical puzzle!